Varanasi, also known as Kashi or City of Light, is one of the world’s oldest inhabited cities, located in the very heart of the Hindu religion. Being the most auspicious place for a Hindu to be cremated, Varanasi offers to every Hindu who passes away in it moksha, the breaking of the circle of reincarnation. The city, located at the banks of the holy river Ganges, is the destination of thousands of pilgrims who walk down the steps leading to the river, known as ghats, to wash away their sins in its sacred waters. The busy life of the labyrinth of alleyways and temples is often interrupted by the presence of corpses carried in bamboo stretches, robed in orange gowns, and on the shoulders of doms, Hindu outcasts. Their final destination is Manikarnika, the main burning ghat, where they are doused in the Ganges one last time before cremation.
For hundreds of years, Manikarnika Ghat has been a place where people congregate, either to accompany the dead, in this final stage of their lives or to contemplate the futility and the fragility of their own ones. As opposed to western culture, where death rituals take place away from public view and are very rarely discussed, Hindus participate in the most intimate rituals of life and death in public, and people consider it an honour to part in these events.
When the body is placed on the pyre, a family member starts the cremation by lighting a bunch of straw from the Main Fire, a flame that is said to have been burning for more than 3000 years. The burning straw is then used to light the funeral pyre. The body burns, as an offering to the god of fire, Agni, and the person’s soul will no longer be born again into this world.
With all the senses overwhelmed by the smell of the burning bodies, the overpowering heat and the sweat, and with wet eyes from the smoke I watch the body disintegrate to ash in just about twenty minutes. I cannot help but to think about humanity’s capacity provide meaning for the most inevitable and uncertain event of existence, death, and how Hindus have created such a colourful, inspiring and compelling way to deal with it.
The shore of the river Ganges goes up in flames and smoke day and night, every day of the year as more and more deceased are liberated from their burden. Doms begin to clear up the resulting ashes from flesh, bone and wood and throw them into the river, preparing for the next cremation. 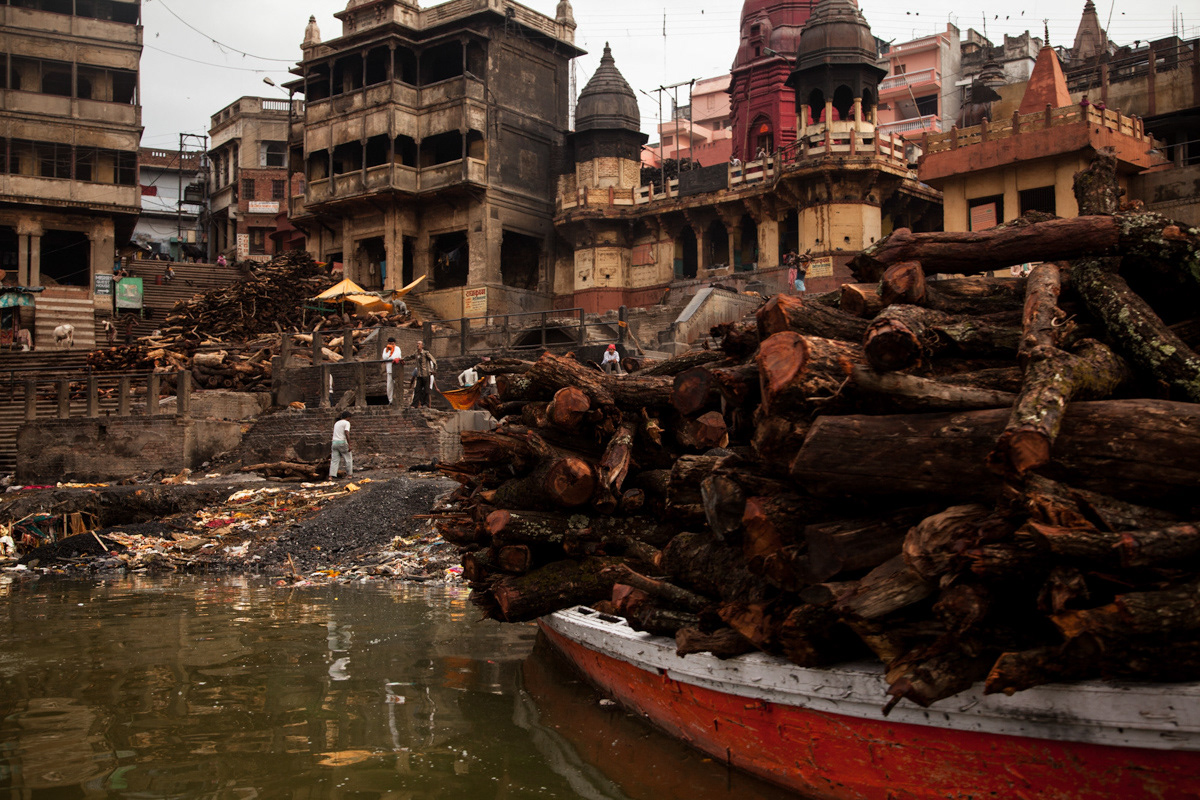 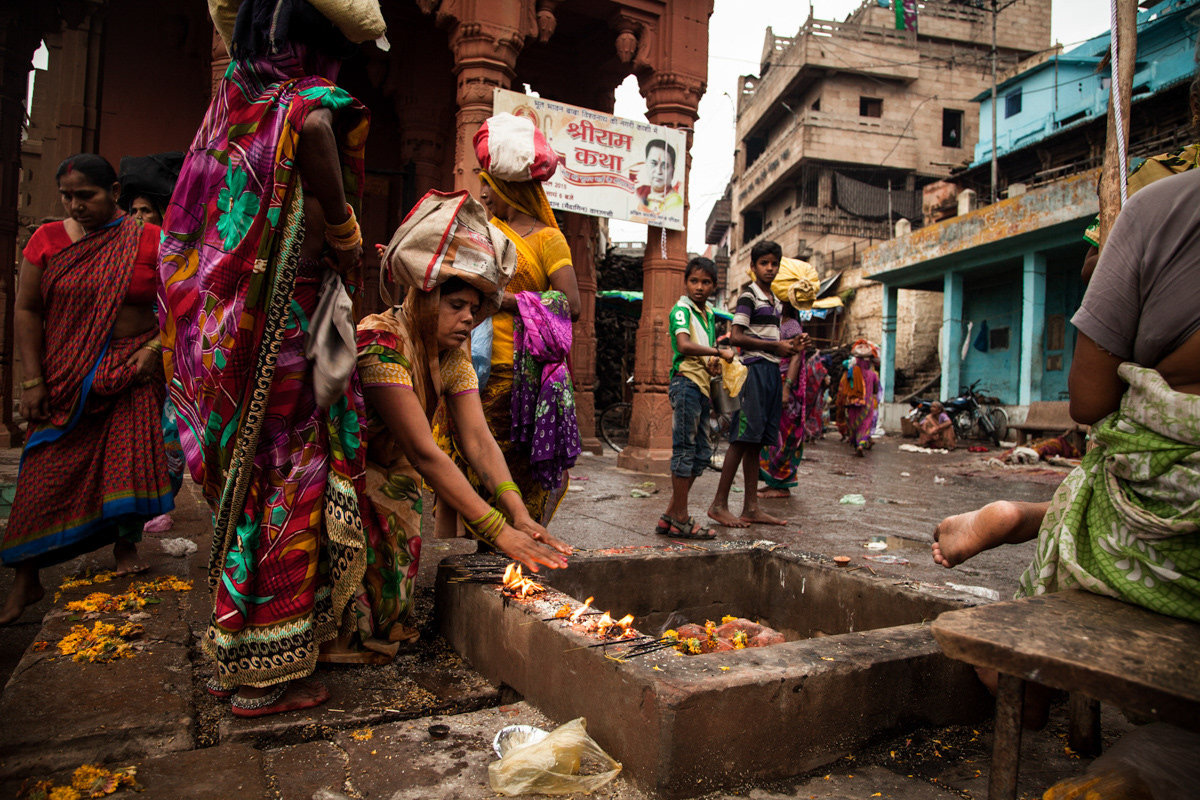 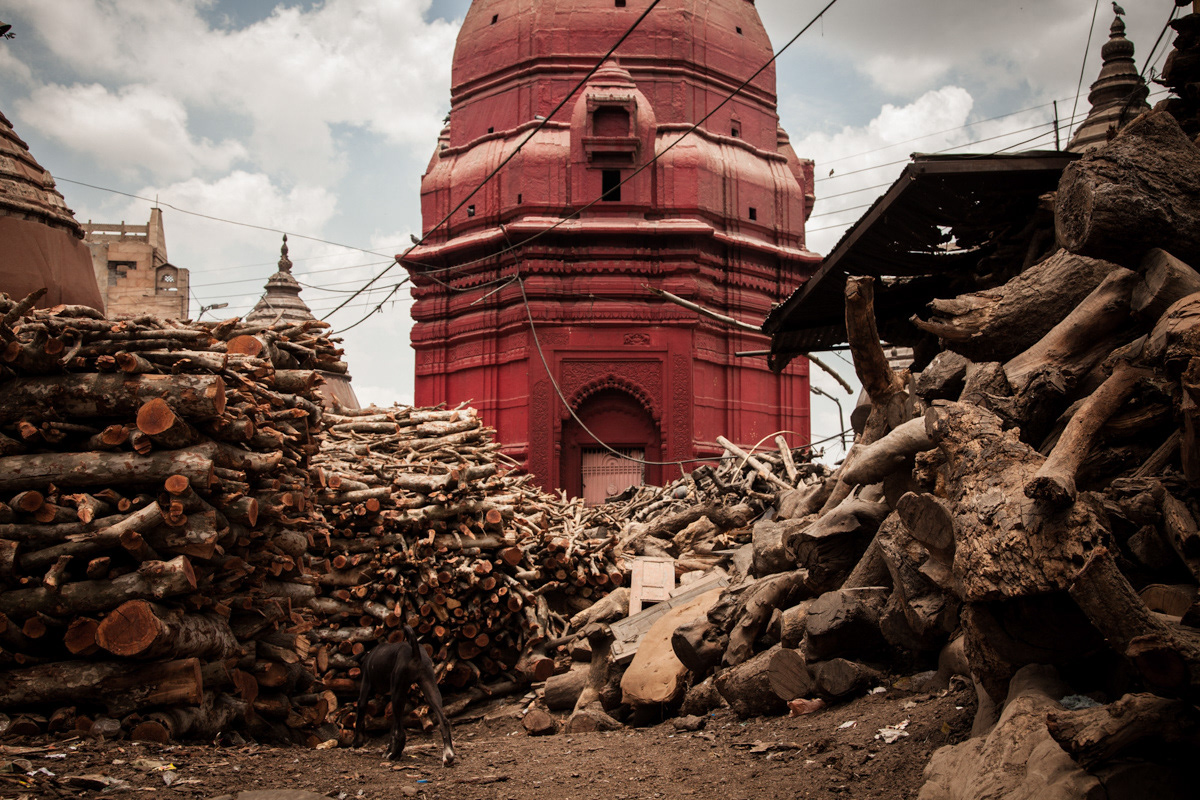 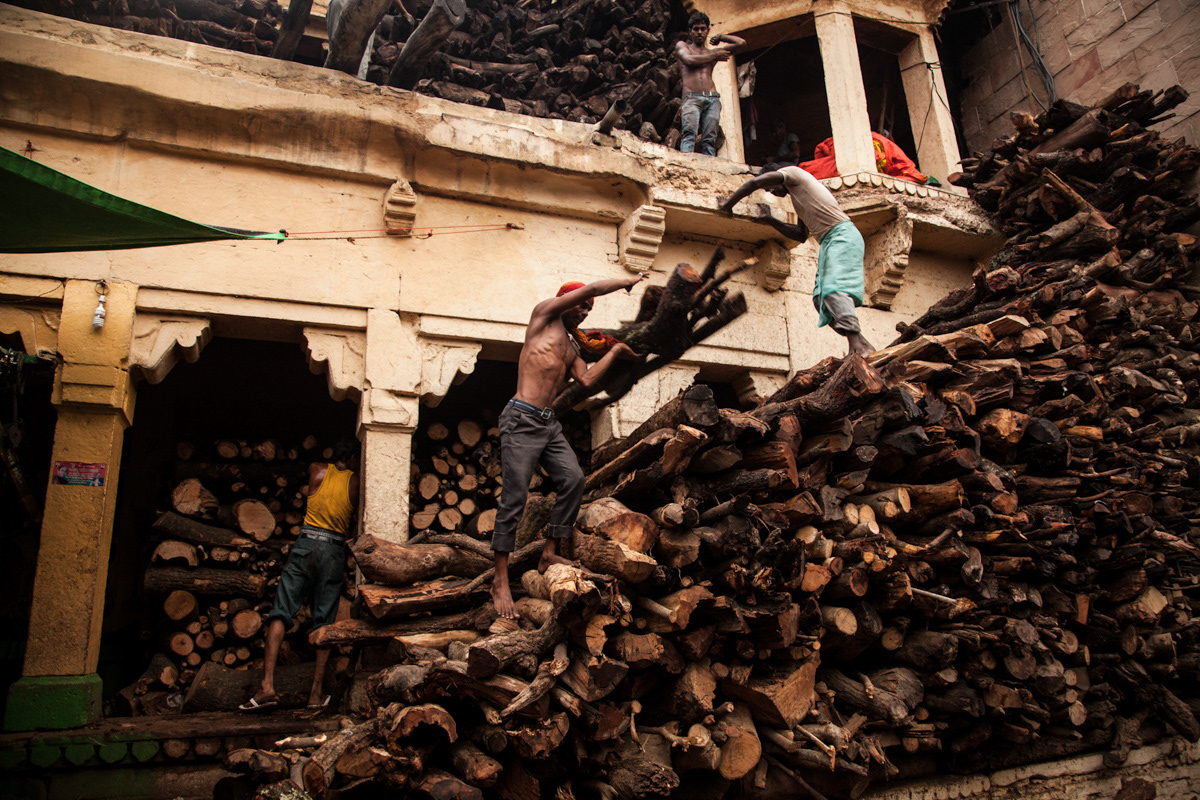 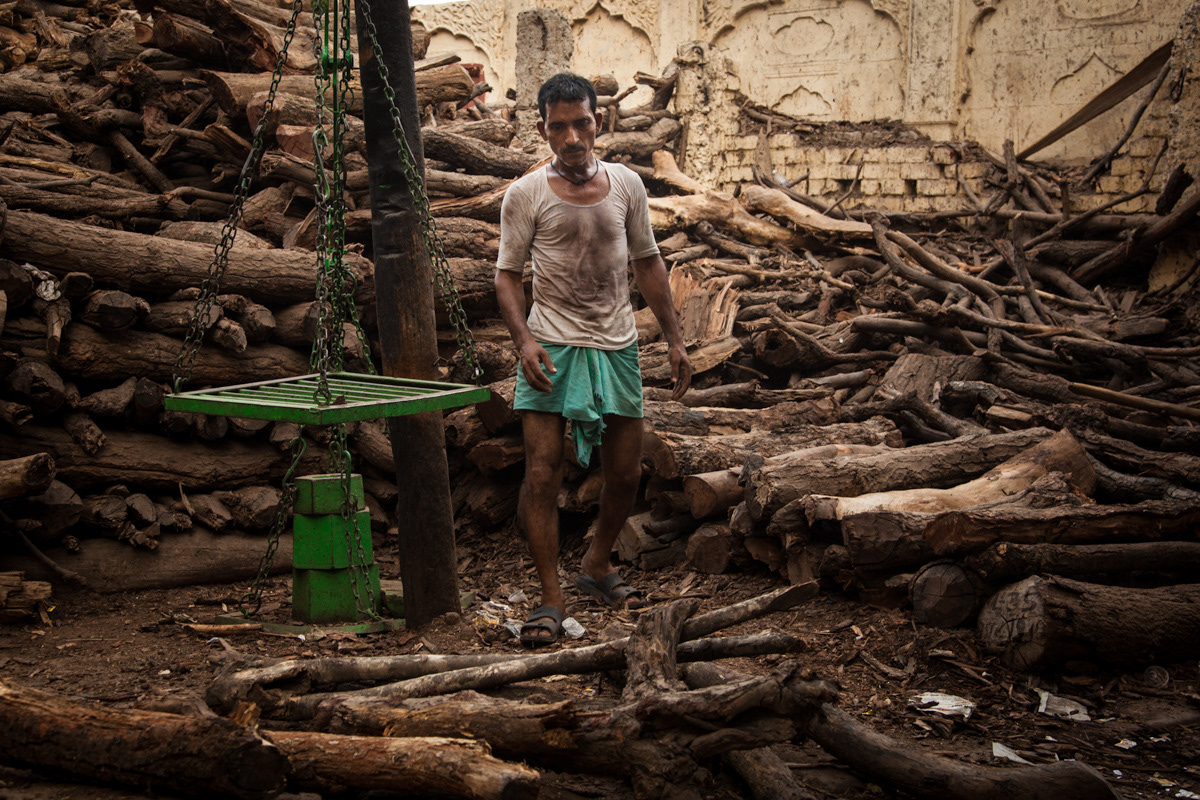 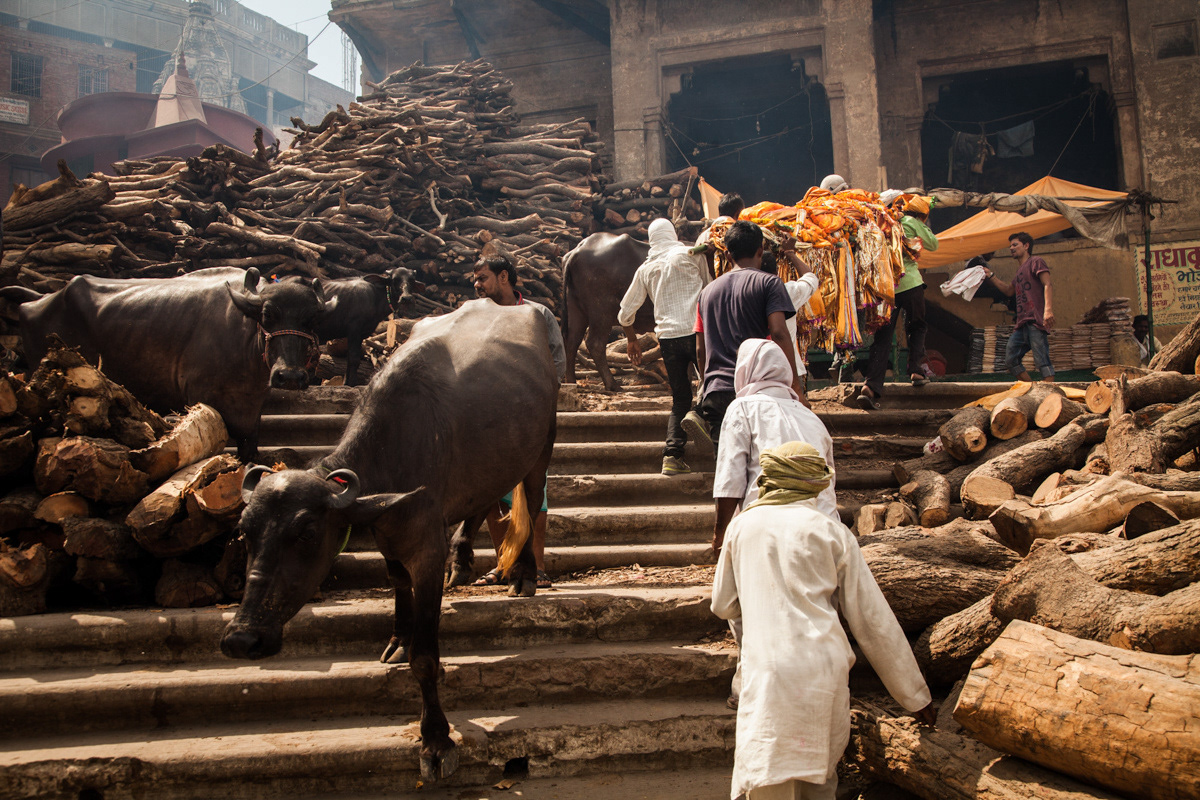 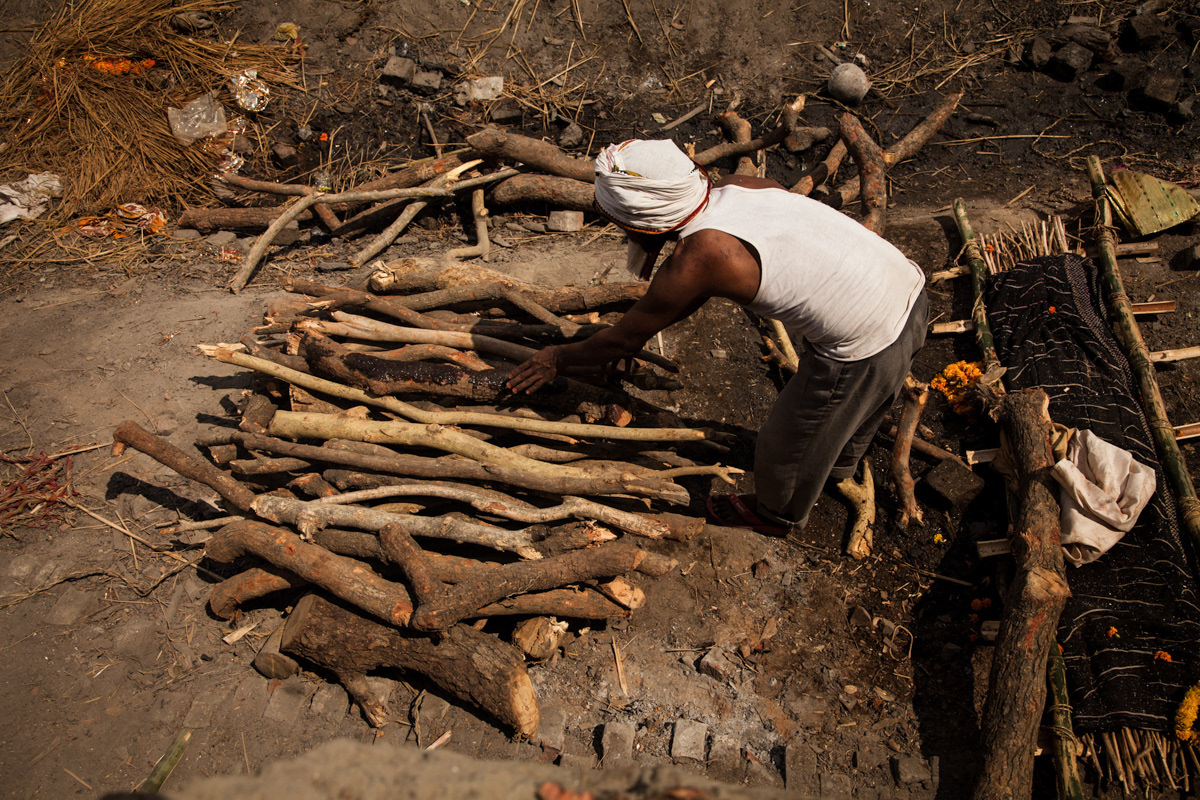 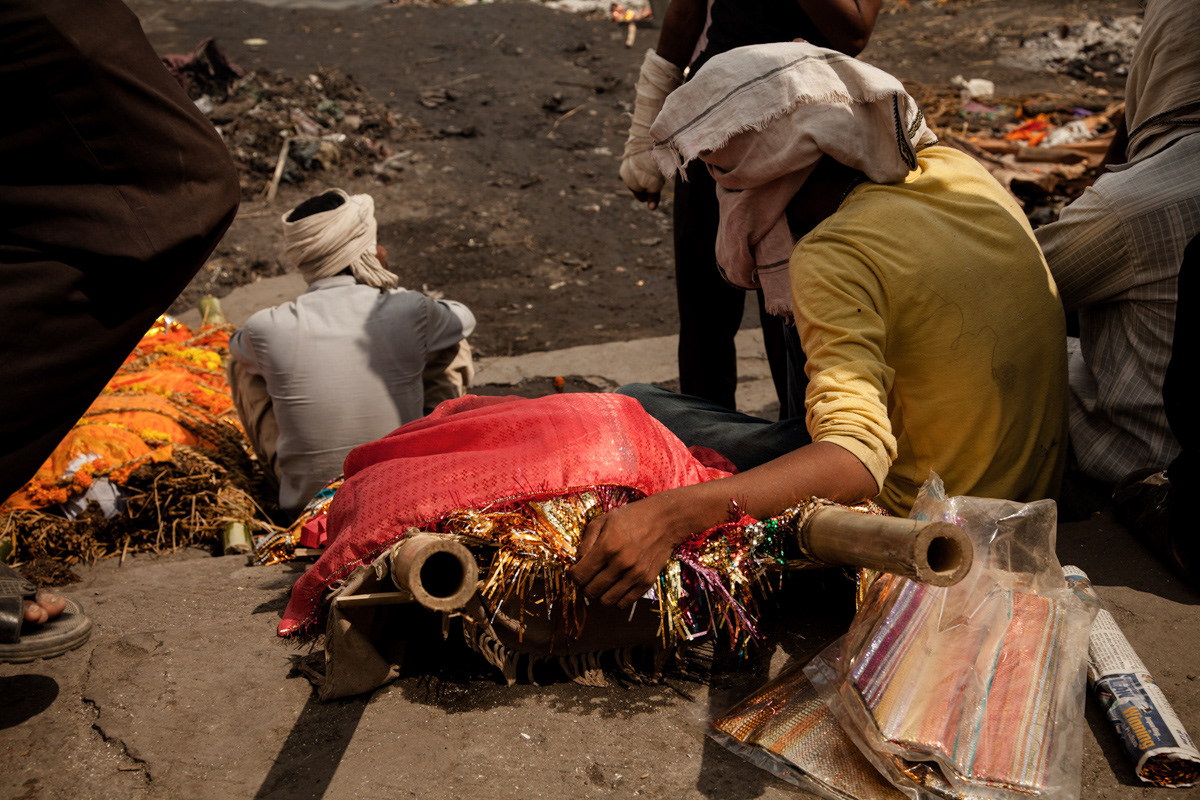 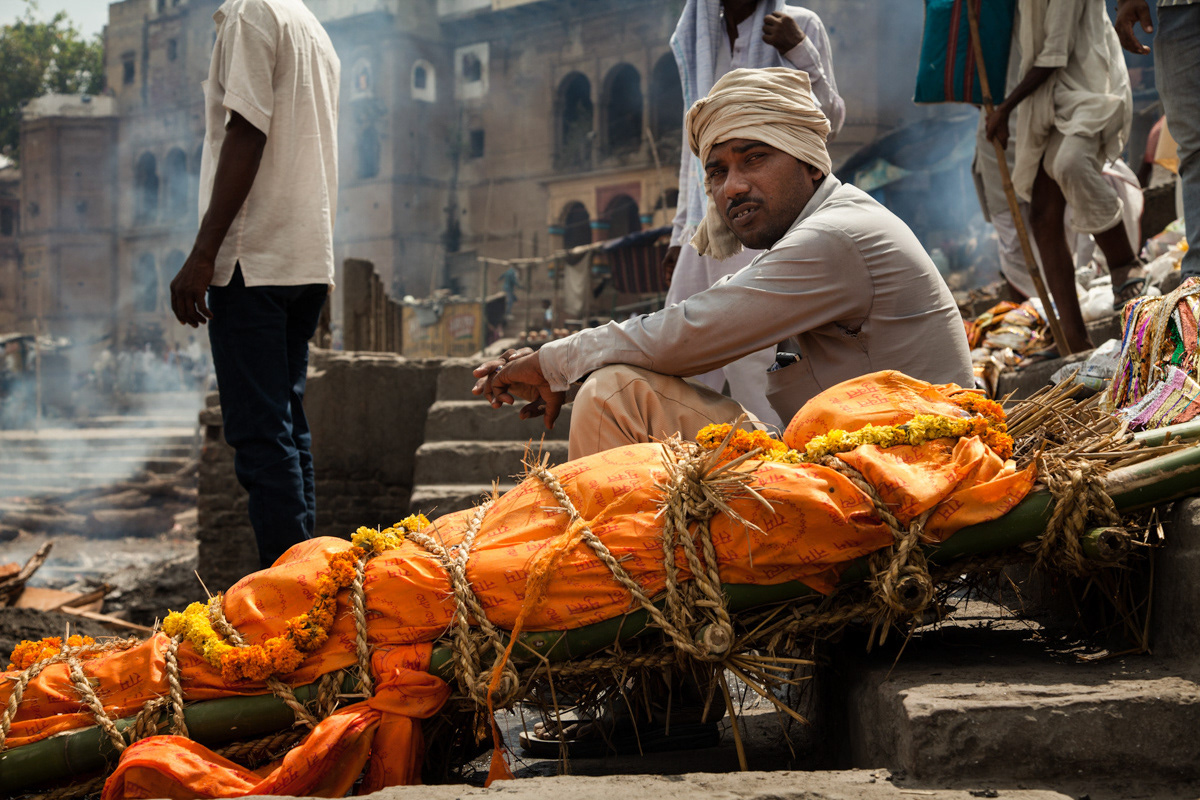 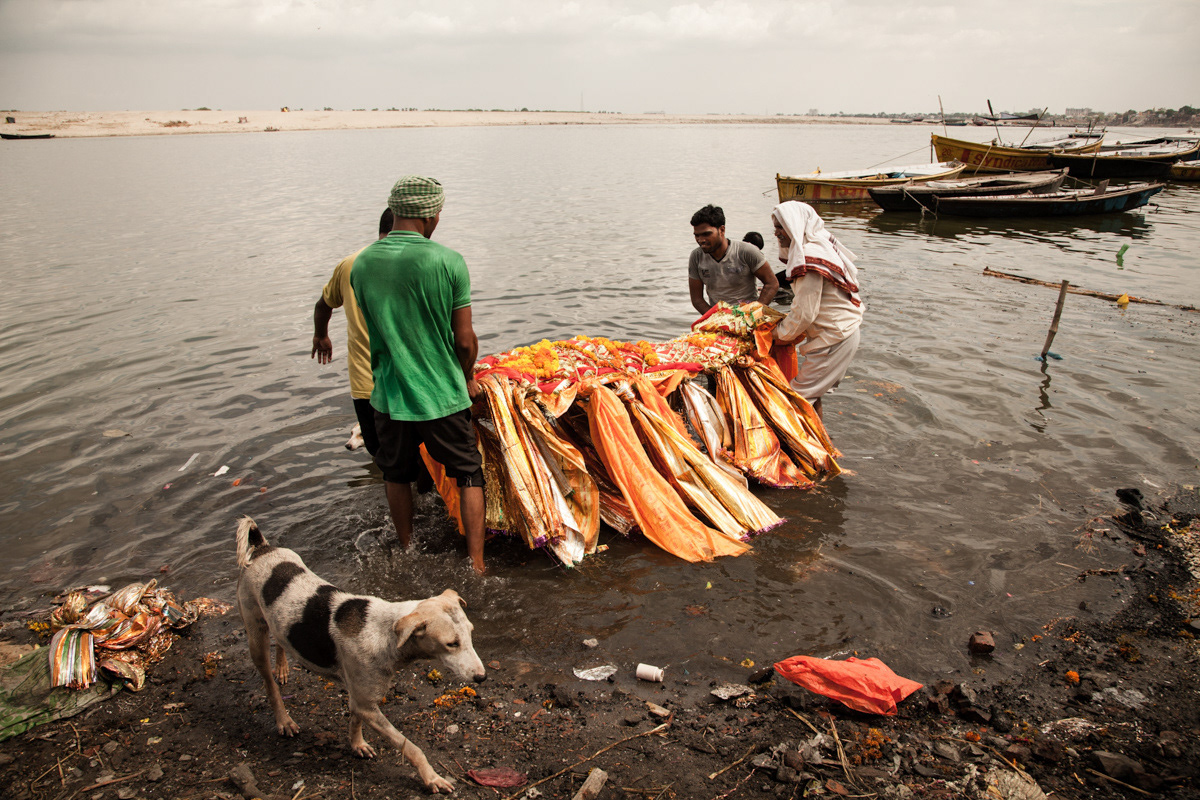 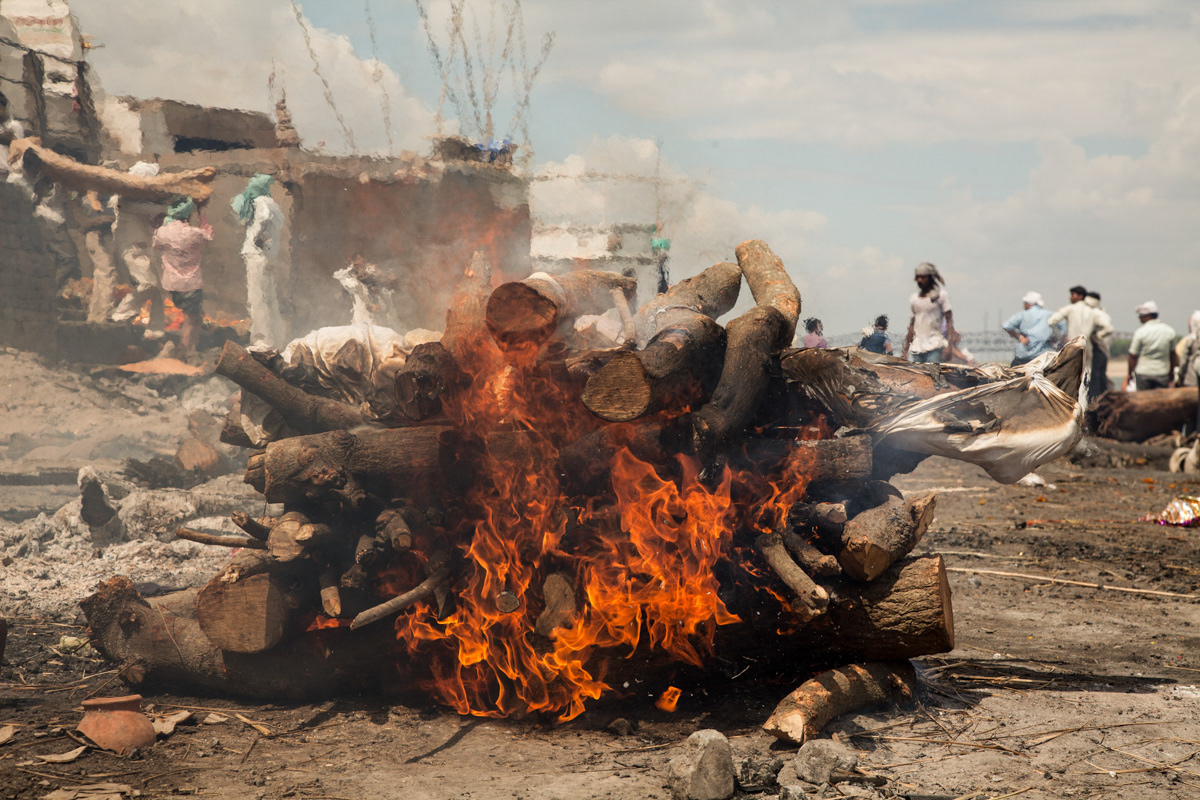 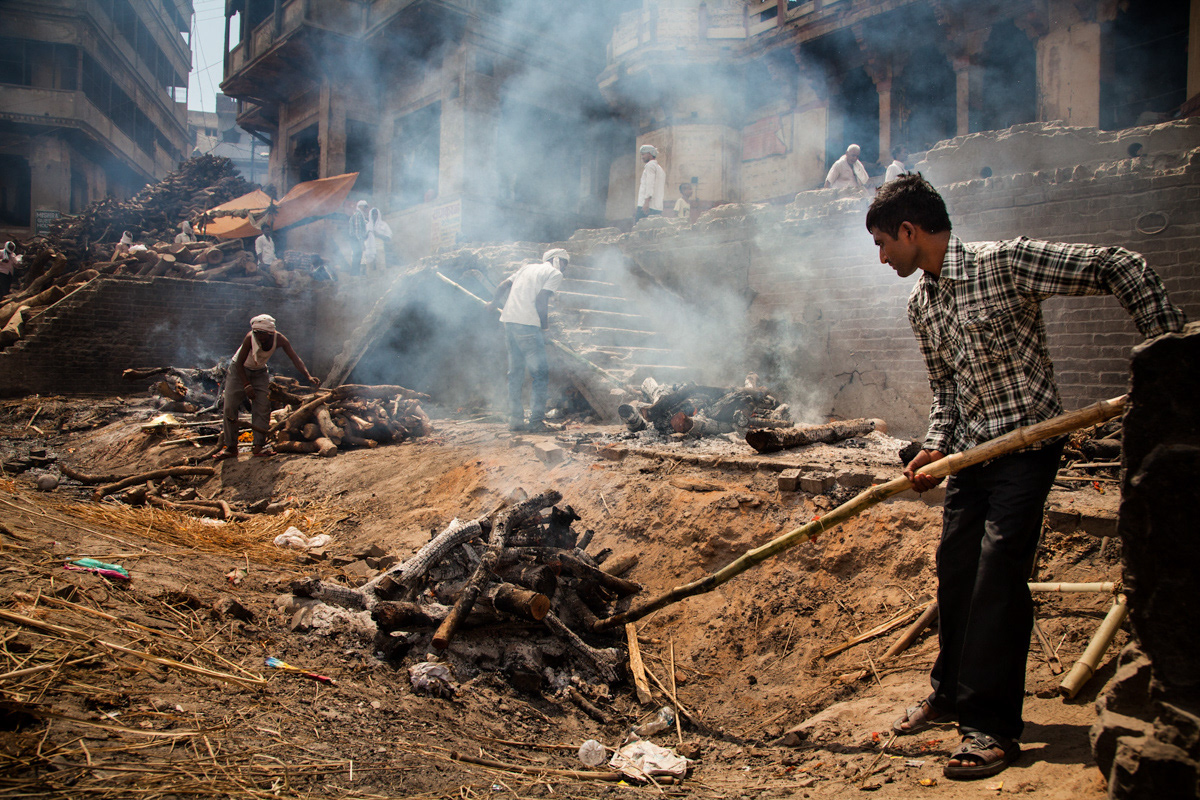 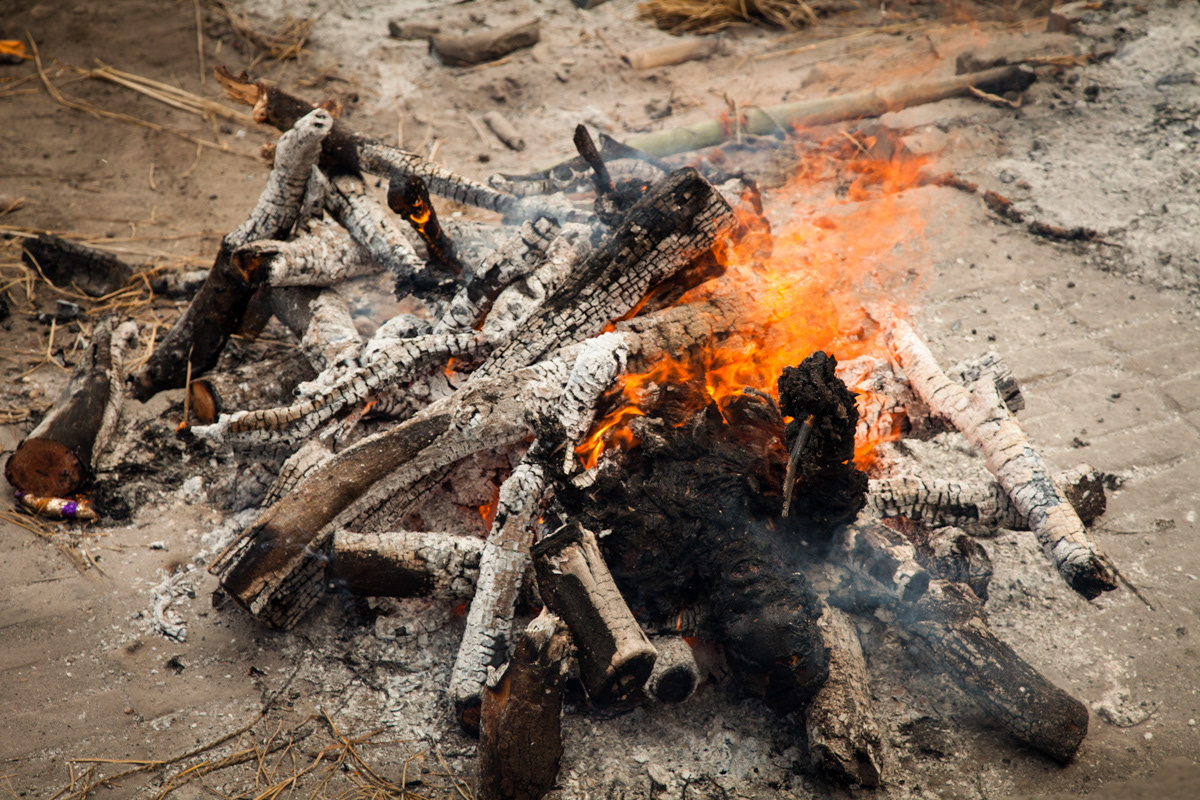 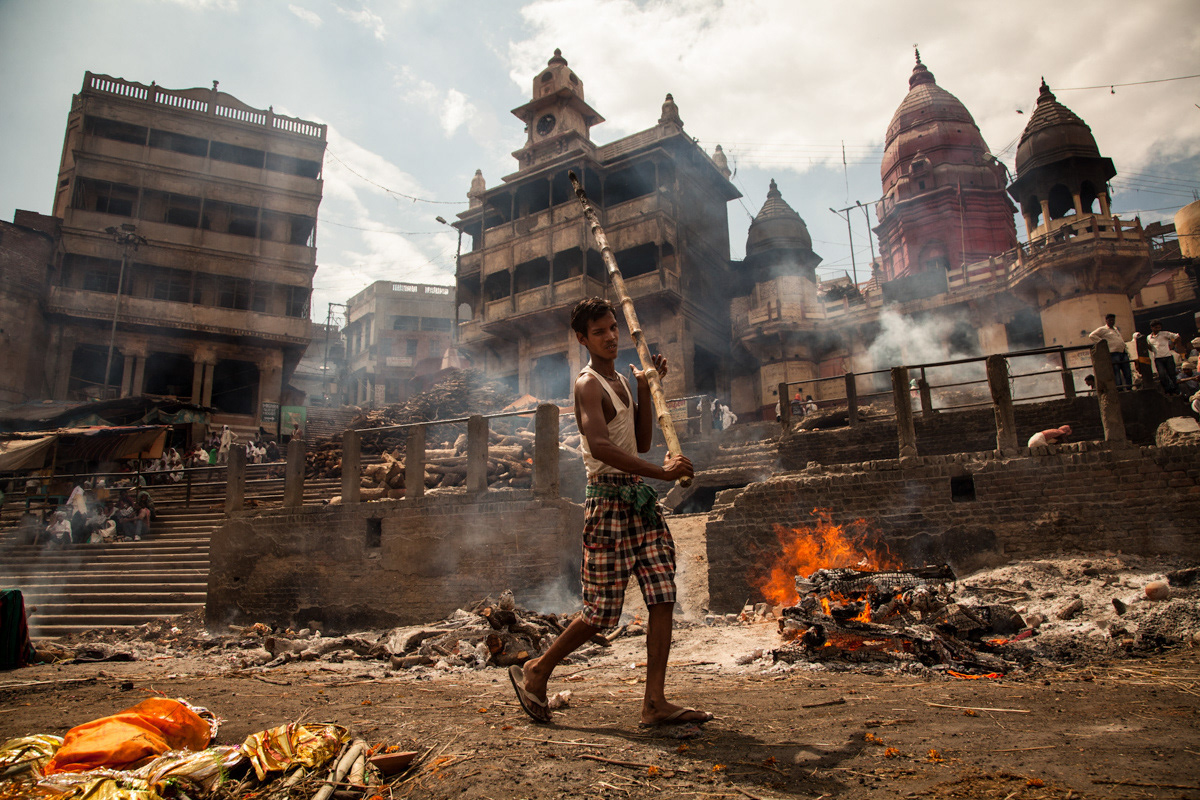 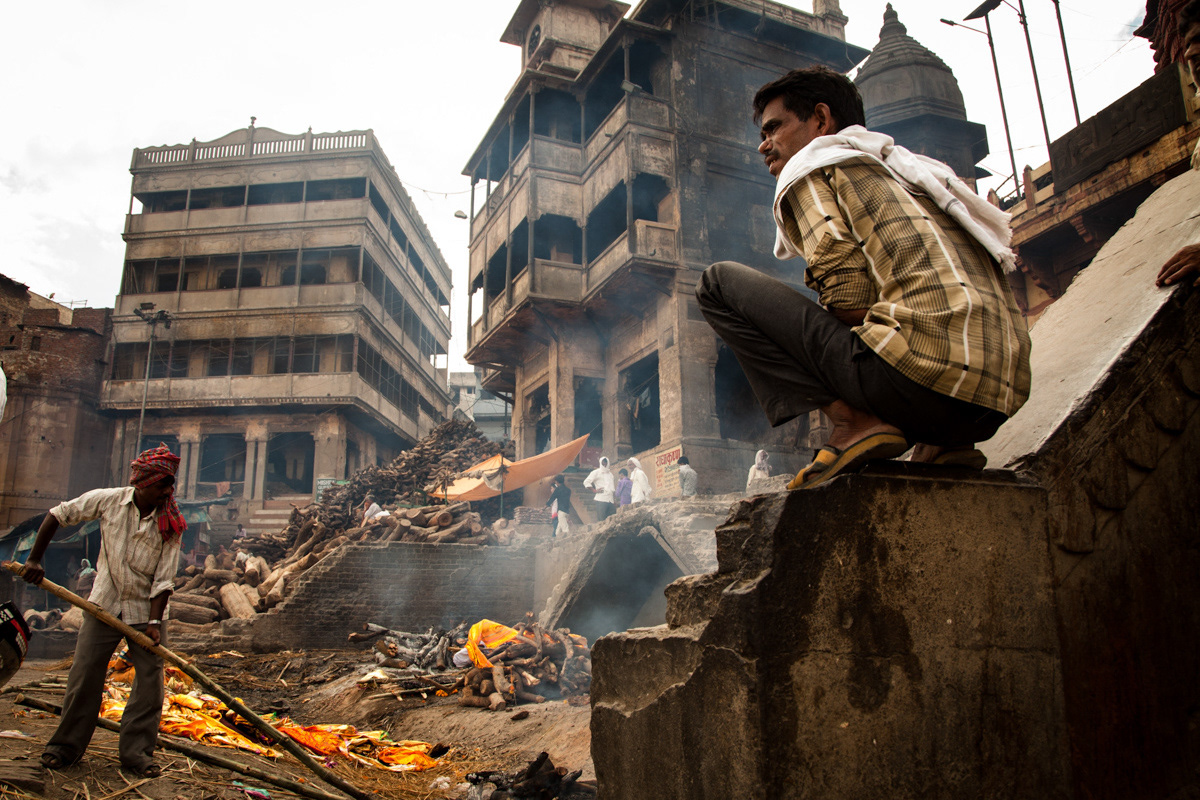 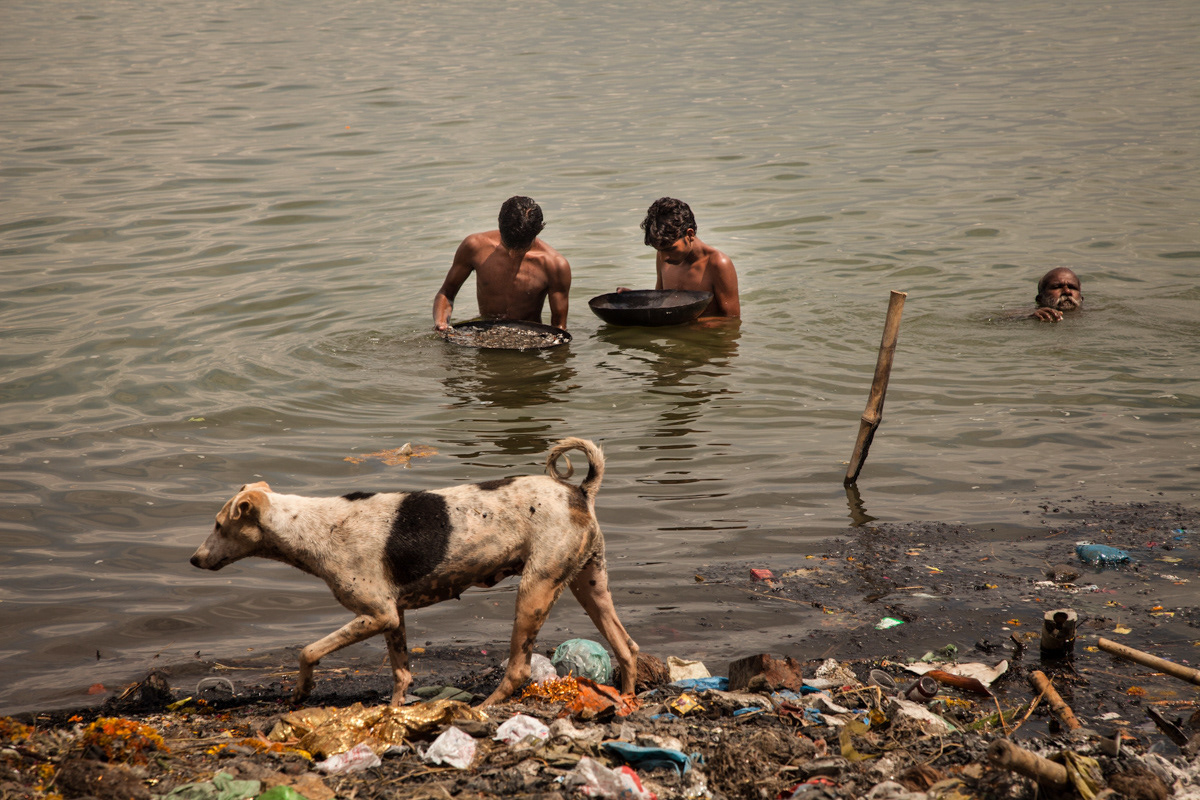 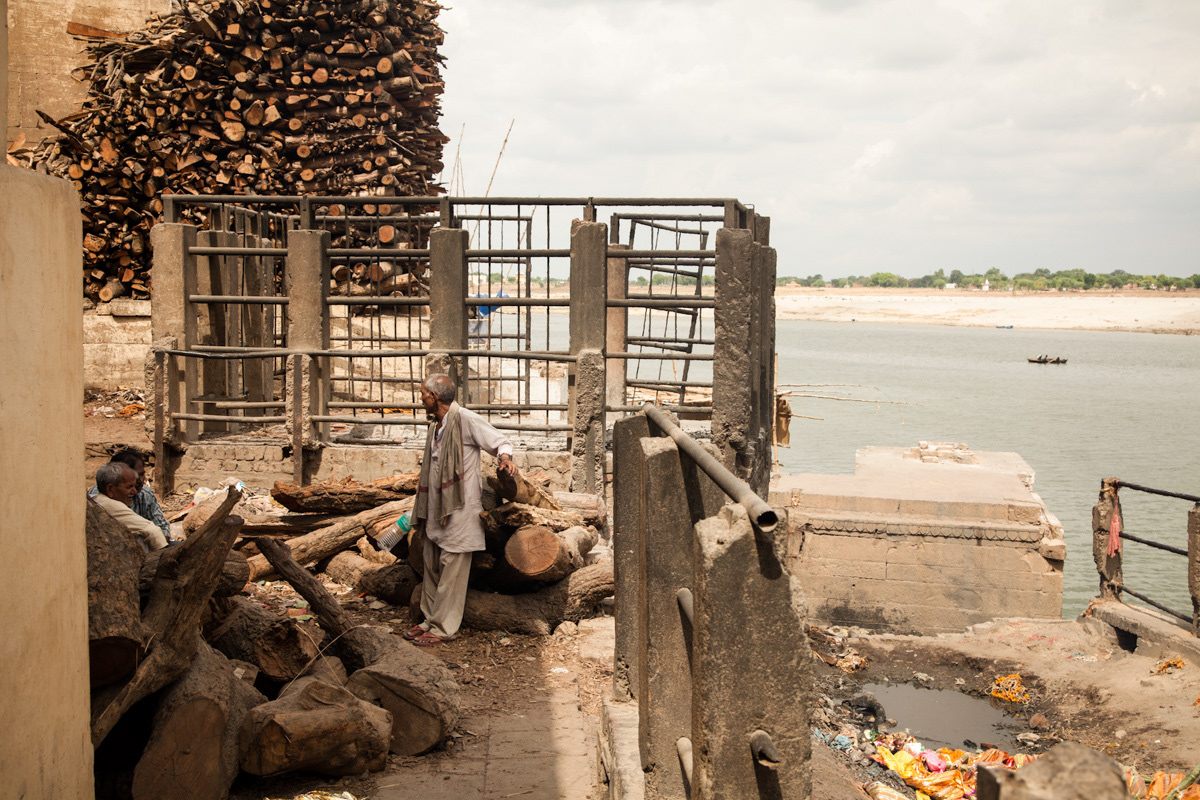 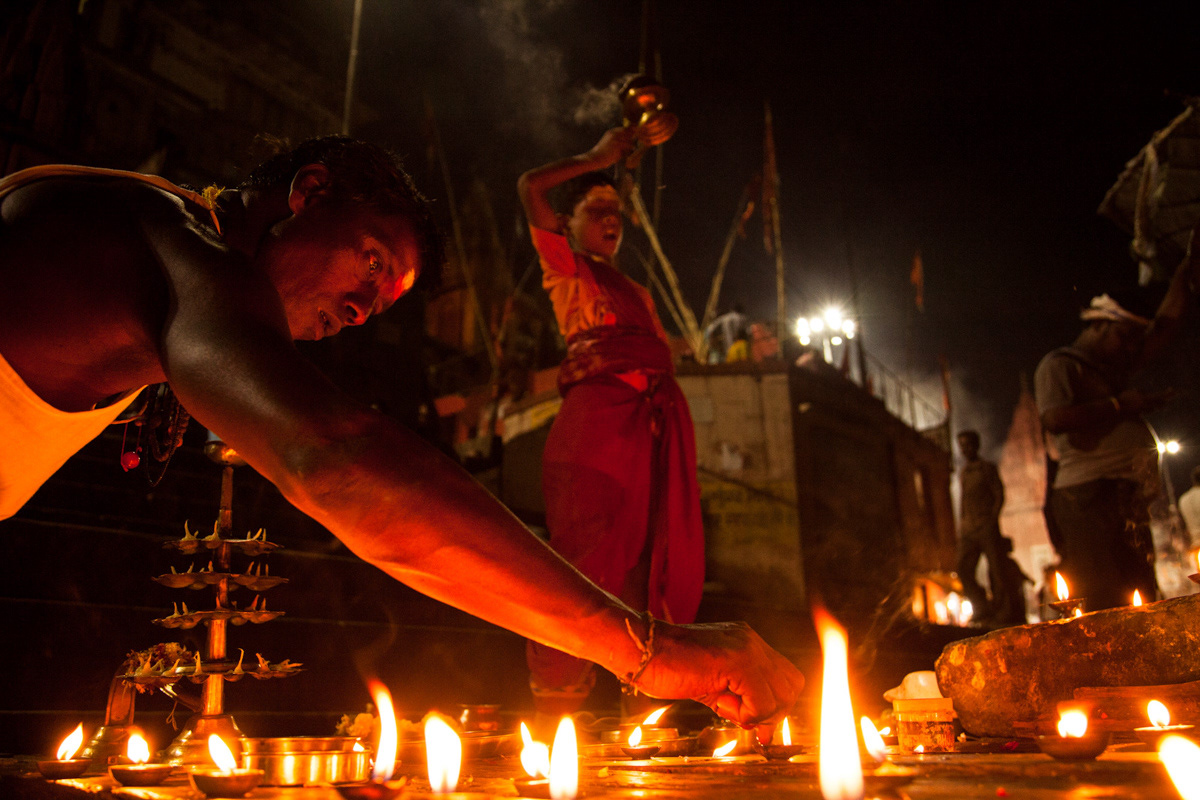 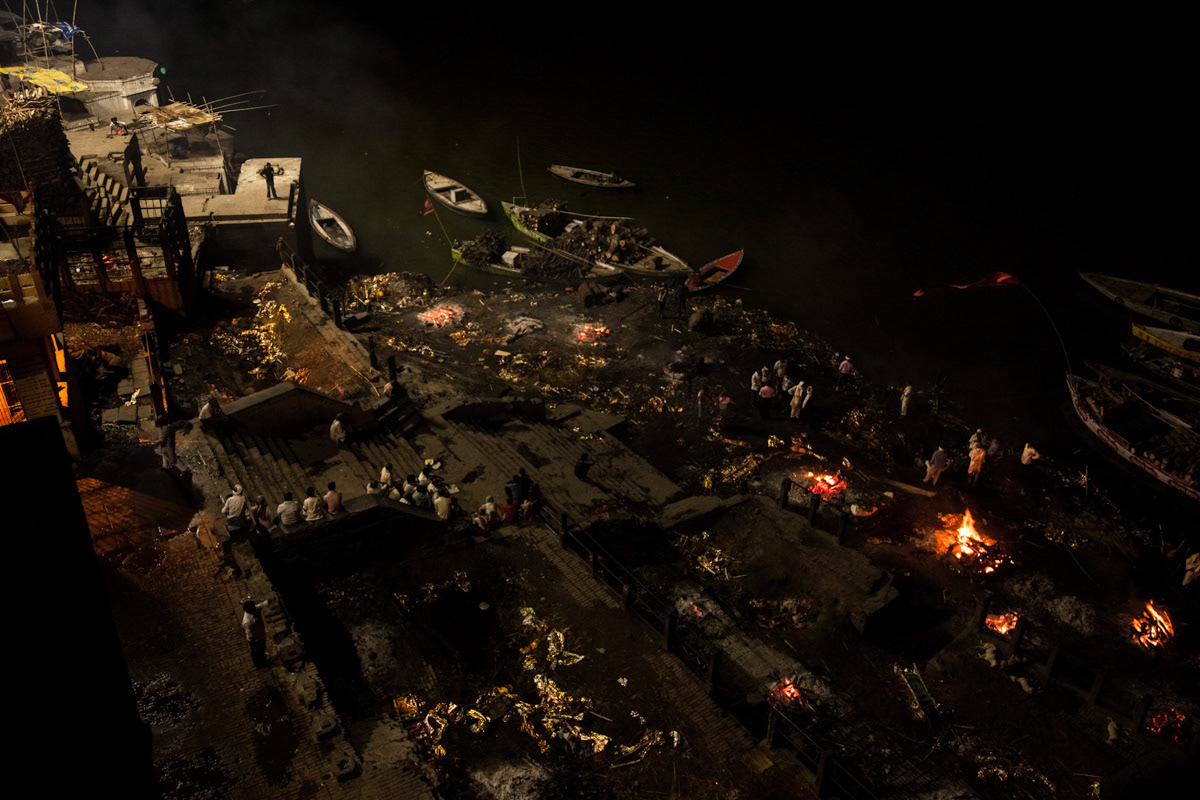 Although barely able to walk, Panmati has made her way to Varanasi. Bent over from the hip, she had made the 200km trek alone with no intention of returning. She currently lives in a mokti bavhan, a hospice specifically for people like Panmati who travel all the way there and then wait to die. She told me she didn’t want to burden her relatives, that her children were dead and she needed to do it, to make this final passage on her own two feet while she still could. She is ready. Having the strength to leave and determination to get Varanasi to obtain liberation. 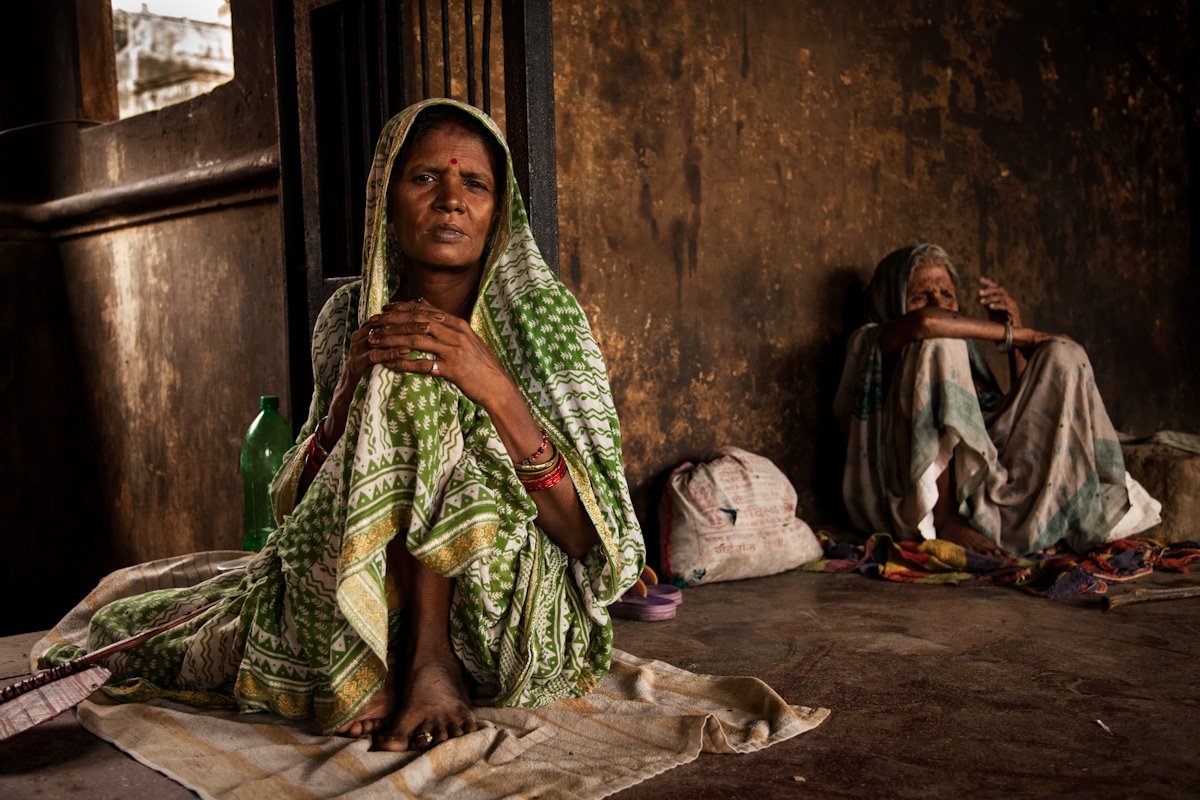 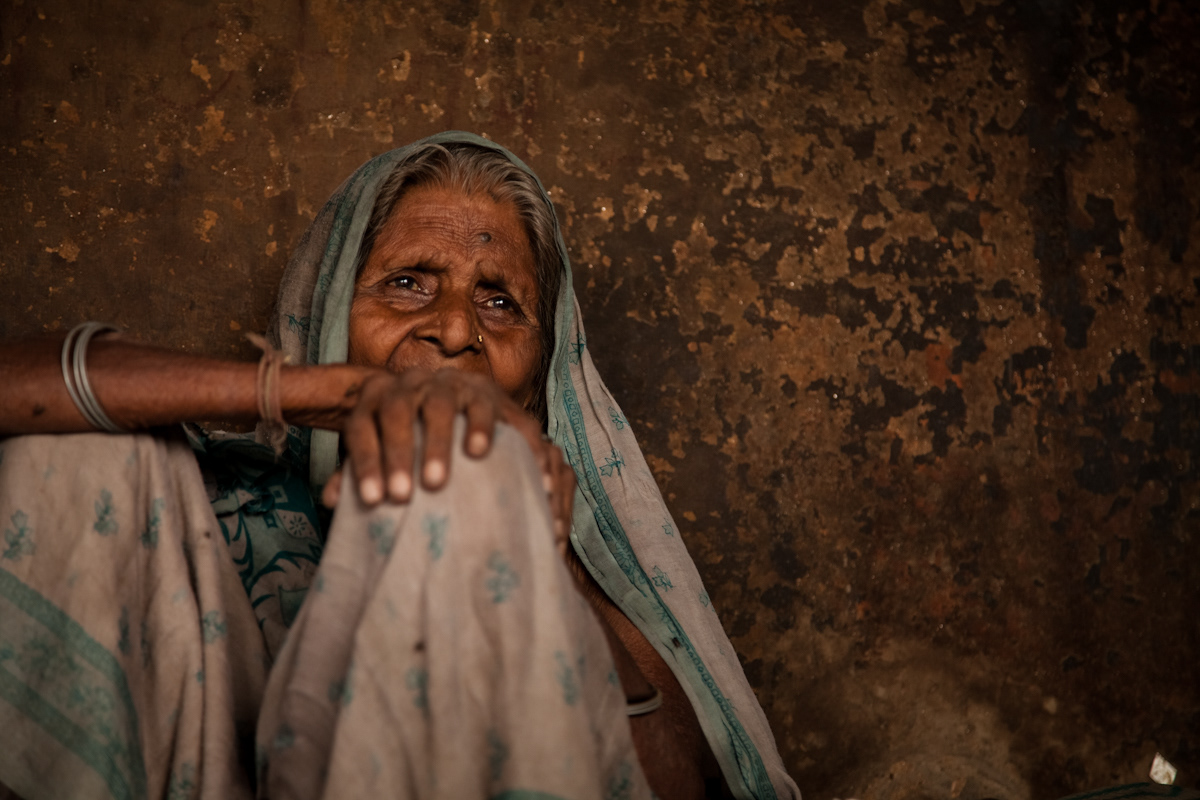 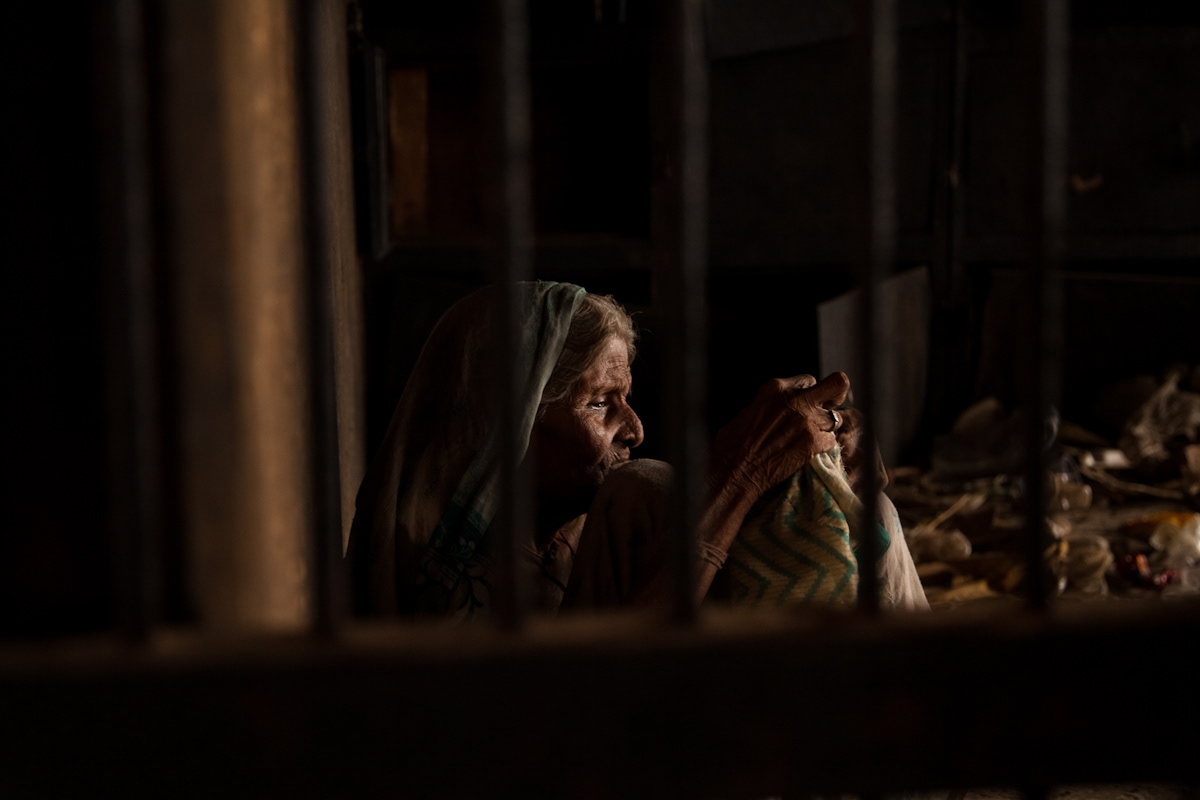 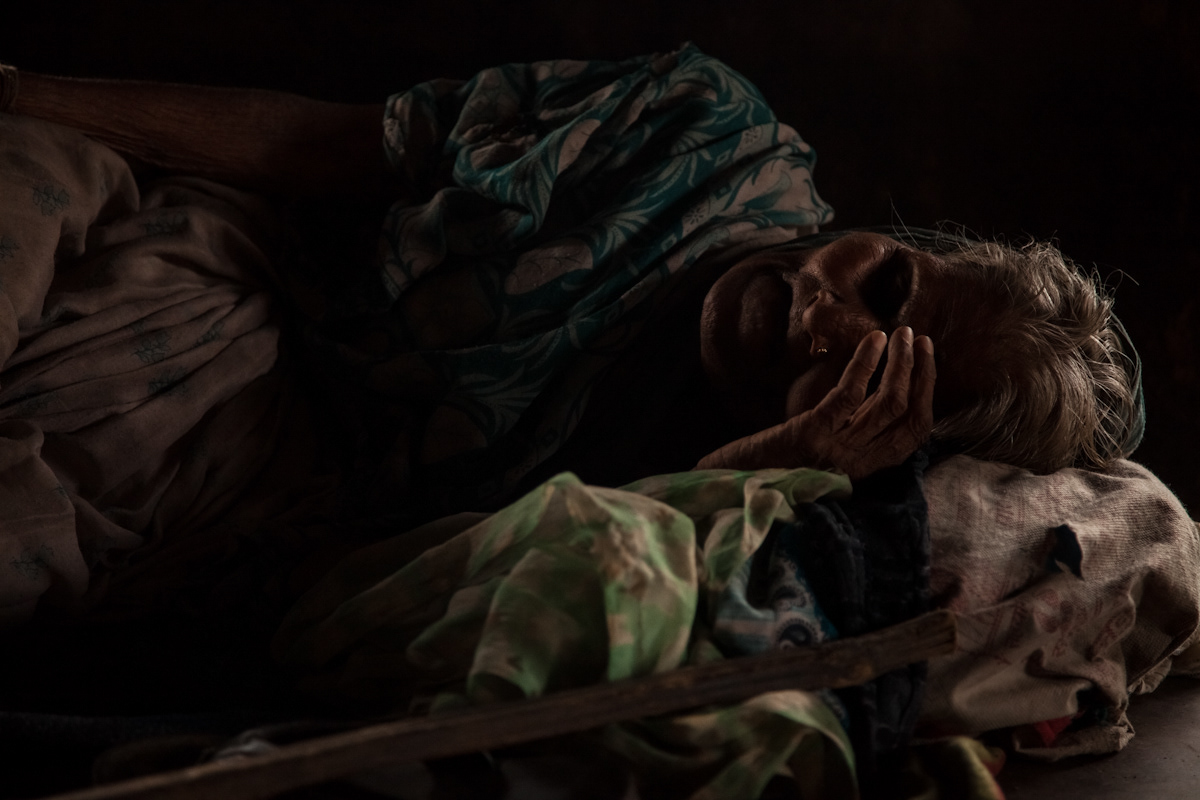